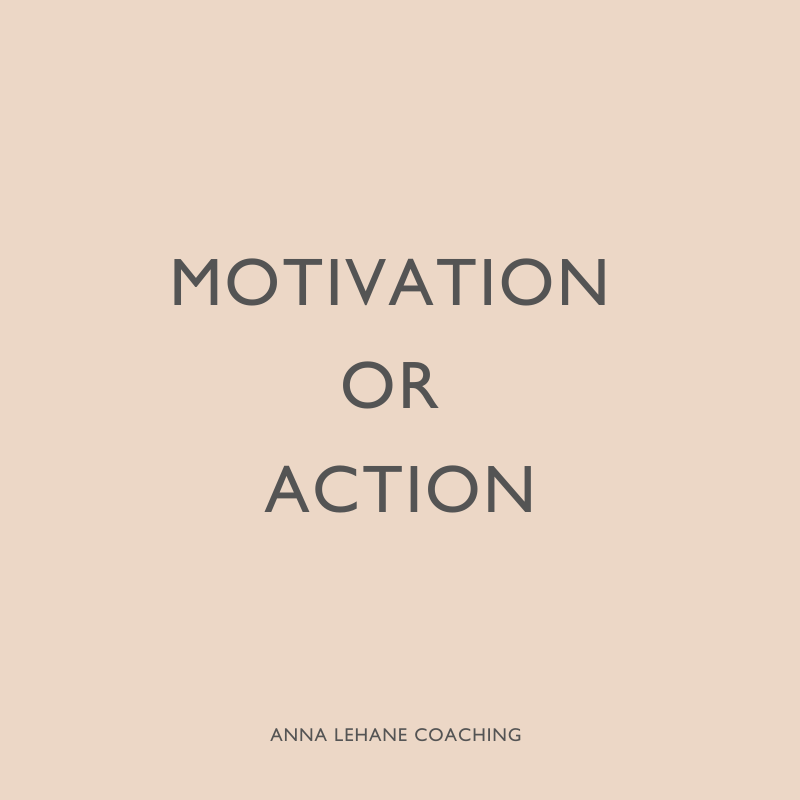 Which Comes First? Action or Motivation?

A lot of people say motivation – I was one of them but when you think about it (and look at the extensive research of course) action needs to come first. Action is the force behind motivation…Mic drop!

So often we wait to feel motivated before we do anything. Then we wait some more and procrastinate a little, or a lot, surely you’ll feel motivated soon? Right? Mel Robbins herself tells us that we’re never going to feel like doing it! Now like pretty much everything Mel says, she hits the nail on its metaphorical head! It’s very rare that I wake up and can’t get to the gym fast enough – in fact I don’t think that has EVER happened. However, I’m a few minutes into my workout and planning my next workout – Action Leads To Motivation!

When I was in college, waiting for motivation was something I had down to a fine art, except that the motivation never came to fruition! Why? Because I would sit at my desk all day long doing everything but the assignment. Take a break for a snack, check what other household members were doing and then about 4pm – like clockwork –  I would just start writing my introduction, before I knew it I would be on a roll. Oozing motivation! In reality I had waited all day to feel the motivation to start, I would eventually start after hours of procrastination. So bottom line I took action and the motivation came shortly after. Action Leads To Motivation!

Learning that action leads to motivation has been a bit of a game changer for me and my desire for perfecting the art of procrastination! Whatever the task, take small steps to get going and you’ll be feeling motivated in no time – promise!